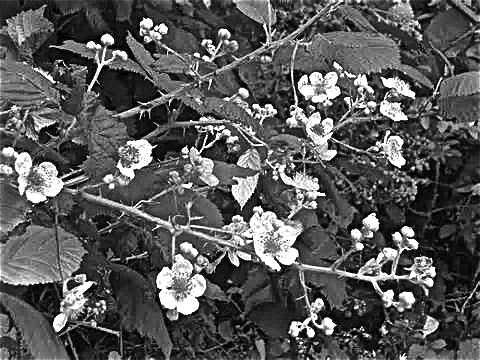 Written by Stephen: Having recently taken over an allotment plot in our town, I was busily removing old brambles, and in a day dreamy kind of way, started ruminating on some thorny questions about learning ‘stuff’.  Partly inspired by the buzzards mewing overhead and the insistent rattle of a woodpecker in a neighbouring copse, I realized that the processes of clearing, nurturing and growing were too trite as learning motifs to over-work.  But there is something about being absorbed in physical activity in the outdoors that is not only emotionally engaging, but relaxes you into thinking.  What really struck me about the gardening experience is not so much the psychological lessons for learning, but the social conditions for learning that an allotment encaspulates.

If I might just pull out a few weeds here before I get to the root of the story. Unlike Matthew I am not a great fan of psychology as an ‘enterprise’.  Some psychological research is obviously very scholarly and very empirical and  probably very worthwhile in some way.  Perhaps it’s the way I’m wired, but I prefer the sociological and philosophical aspects of enquiry; I find myself suspicious of the way psychology has become ‘pop’, seeming to worm its way into our contemporary ‘lifeworld’ by offering some how to do it, 3 steps to heaven. Is it all more David Brent  (‘The Office’) than serious thinking?  But then that is not the psychologist’s fault necessarily, more to do with a culture of narcissism, or working in target driven performative workplaces that demand squeezing more out of our souls, so that any possible utopia is seized upon.  I would venture that much psychology has its roots in old philosophical problems (take Piaget’s conversation with Kant, or Selligman’s with Aristotle).

The point being that I am suspicious of a general ‘learning to learn’ approach as if there was a single thing we could call ‘learning’.  Tending an allotment is not going to make me a fluent French speaker, alas, but there maybe certain habits in common that might help.  Finding solutions in particular contexts is not just about understanding cognition and motivation, but is also an process of applying care, humility, hard work, reasoning, critique and being in the company of generous people.  More ethics than psychology?

And this is where the allotment comes in. There are people from all sorts of social backgrounds up on our allotment, there are  ‘characters’, oddballs, extroverts and introverts, novices and experts.  By and large I have not met anyone who has not stopped for a chat or from whom advice cannot be garnered and lessons learnt.  Someone will always have a workable solution to a practical problem you have up there, you just have to ask.  Of course there are tensions; I sense two camps: the management committee ‘we need structure people’, and the more laissez-faire, ‘it will work out’ camp.  (If anyone doesn’t know me- I’m in the latter). But ultimately, as a community, we share a common purpose and realise that disagreements will work themselves out.  Anyone who cannot keep their plot up, is offered help and often they voluntarily opt out.

The common purpose is, and this does sound pompous I know, almost spiritual in a regard for the land and the peace and tranquility the allotment affords.  In our adult lives there are other similar learning communities that cohere around a common practice and support each other to become better gardeners, or knitters , or readers, or cyclists, or chess players and so on.  How socially inclusive some of these communities are (including the allotment) is another matter.

Leaving that aside, two points:

Firstly, there is a tension in the condition of much ethical and political debate that takes place in wider public arenas: we argue with each other in the hope of convincing the other of the rightness of our position, while simultaneously realising that we will reach no common ground.  Many small learning communities, such as the allotment, cohere at the end of the day around what is best for the land.  That seems to be ethics in practice working out.

Secondly, do our schools offer young people a social learning community with some sense of purpose beyond gaining qualifications? Most schools argue that they do, but I am not convinced that the structure of schooling is designed to do much more than select and sift young people for different futures.  And right there is a real bramble to be pruned and retrained.  Runners beans to anyone who has an answer to this conundrum.