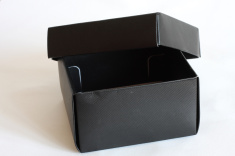 A really interesting and highly relevant comment piece by Matthew Syed was published in the Saturday Guardian, 3/10/2015 (link to it here), entitled: “How to blame less and learn more”.   Syed, author of “Bounce” has just published “Black Box Thinking: The Surprising Truth About Success”.  In this short comment piece he argued that the buzzword of accountability and the need to scapegoat can seriously undermine an institution’s, and system’s, ability to learn from mistakes. Fundamental attribution error is a human tendency to blame individuals rather than systemic factors when things go wrong.  If after investigation there is a genuine human error then Syed says punishment is necessary.  However, high performing organisations have learnt that forward accountability is essential: the realisation that failure is inevitable but there is a responsibility to learn from failures in order not to repeat them.  “Kneejerk blame may look decisive, but it destroys the flow of information”.  He cites the perverse effects on social workers after the notorious Baby P case. Another example is taken from the University of Michigan Health System: following a change of policy to open reporting rather than blaming surgeons, information was openly shared and systems redesigned so that in 2001 malpractice claims dropped from 262 to 83.

It is a simple leap of judgement from this analysis to argue that our current systems of accountability and performativity within education undermine trust and narrow the options for leaders who want to take risks and learn from their mistakes.  As Syed argues, we currently operate under a “grotesquely distorted” concept of accountability.  While government’s rhetoric is about trusting the local leadership, high stakes, central control, is far too ready to penalise heads rather than take time to consider all the systemic factors.  While heads may wish to encourage a sharing and learning culture within schools, anecdotal evidence suggests that the more pressure you are under to improve ‘results’, the less organisational learning and future accountability is likely to take place.