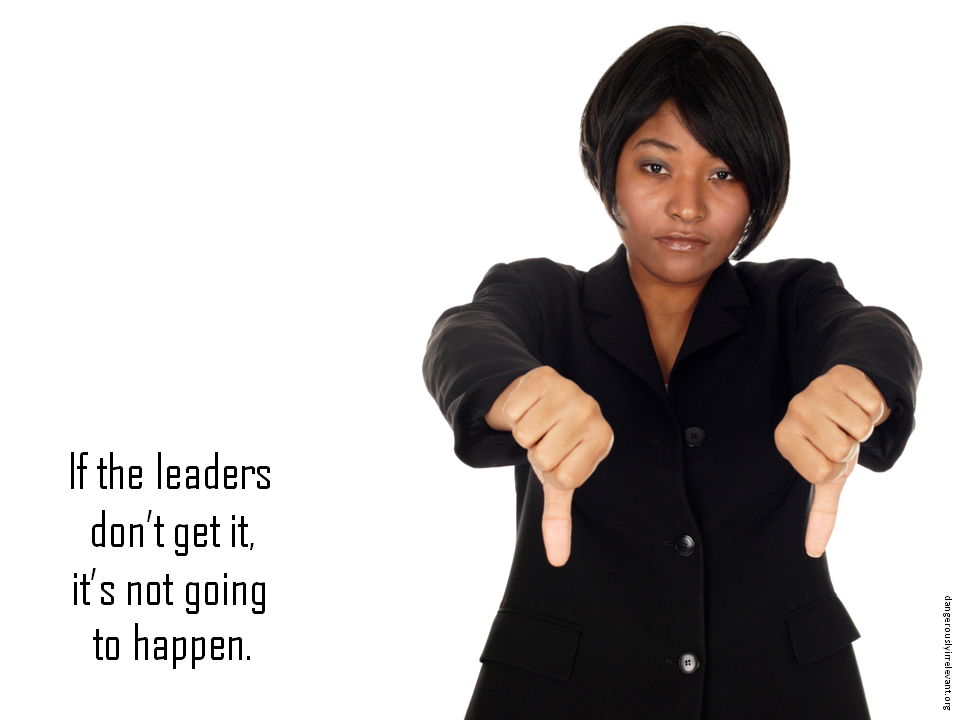 In a recent post, I put forward the observation that we are more than a little bit hierarchical in our approach leadership development. My central point was that the skills of leadership are not particularly role or status dependent, and yet we continue to segregate people at different levels within education to develop some version of these skill-sets most deemed relevant to their context and setting. In this post I feel obliged to suggest a possible alternative approach. (This is a shame since it is so much easier to criticise than to roll up my sleeves and suggest something constructive).

Why do we do things the way we do at present across local authorities and in all supporting training agencies? Practical and administrative convenience is certainly an obvious answer, with the relative ease of bringing senior leaders together for training. Another is the strong systemic drive to keep people within comfort zones to ensure that training runs smoothly without objections or friction. I would like to put forward a more basic reason for leadership training running as it has tended to; it could be that we are confused about what we are trying to achieve with our development approach?

You see, we have made a cult of leadership in education. We have deified the impact of good leadership on schools to such an extent that we believe leadership skills in our school-leaders to be the main outcome of our training. The danger with this is that leadership is not really the point, but a means to an end. By most definitions, leadership brings change, and a leader uses knowledge, courage, talent, communication and resilience to persuade people to change practice for the better. If we are getting leadership development right, then we will see leaders making change to the system, since we have long acknowledged that this is the inevitable journey we are on in response to the globalisation of seemingly everything. What I am saying, more baldly, is that we are developing change; leadership is the toolkit to change things.

The observation has been made that the projects in the old Scottish Qualification for Headship (SQH), while very good for gaining practical leadership experience, were essentially fairly conservative in their approach and outcomes. They majored on the demonstration of the practical skills of leadership such as:

Once these projects were completed, and there have been many of them over the decade or more of SQH, the candidates were more confident at managing projects, but not generally better placed, to make more radical changes to the system. (Mostly due to the nature of the projects which were designed to deliver the normal development work for the school). SQH in essence didn’t deliver powerful leadership experiences, but instead project management skills. I am not for one moment attacking the experiences that SQH gave, which were very suitable indeed for training managers in a system which was evolving fairly slowly. These experiences potentially developed good generic skills which could equally support a project manager or a more progressive change leader. So the question arises; should we continue to develop leadership in the same way, and trust that those aspects of headteacher development programmes that were always potentially transformational, will be emphasised by the more rapidly changing context of schools and society? On the other hand, is there a need to put change-leadership more front-and-centre by more radically reconfiguring our training approaches?

Coming to the idea of hierarchically based training experiences; there is a problem with inherent conservatism built into the education system. I am currently reading Robert Cialdini’s accounts of “influence” and how “social proof” dictates the way that people act in situations that are ambiguous or uncertain to them. Social Proof describes the well evidenced tendency for people to act in a way that they observe other, similar people acting regardless of the choices they might make after independent reflection. (This illustrates why canned laughter works, even though we deny that it influences us, preferring to maintain that we know what is funny. It also explains why people walk past attack victims more regularly in large groups than as individuals; we take our cues about the correct way to act when unsure by observing the actions of other similar people. “They are all walking by, that must mean it’s ok to do that or they know something I don’t”) A group of headteachers, who have all been promoted in the same system because of largely similar skill-sets and talents, might not be the best at challenging one another to think differently and to act outside the “normal social proof”; it may be that learning with a group of similar white, middle-class successes of the system builds-in conservatism when we perhaps need some challenge and some cognitive dissonance to change our mental models.

In practice of course, this is not so easy to achieve, however the benefits would potentially be:

So how might this look in Scotland? Firstly, there is no need to throw the baby out with the bathwater. There is already a large body of high quality leadership learning in place which is pushing up our baseline of leadership skills. If we want to enhance our current practice with a highly visible and powerful training experience, we might set up a number of leadership learning teams and give them some of the most interesting or challenging problems to tackle. One obvious approach would be to use the currently emerging 7-Scottish regions model and locate an annual leadership learning experience in each one. A team would be identified of perhaps 9 learners in each region (the upper end of the recommended agile working team). Perhaps 3 teachers, 3 middle leaders and 3 school leaders. The team should have its own support team allocated to fulfil the characteristics above consisting of parent reps, learner reps, business and academic reps. A challenge would be allocated to the team, and they would undergo a programme of team formation, leading to a blend of formal leadership skills development and creative, real life problem solving. At the end of the year, they would be expected to present a product to a conference, effectively competing with the other six regional teams, but together generating an annual combined refresh of what can be done to re-imagine and to redesign education “while the aircraft is flying”. Perhaps an award could be given to the most innovative/effective product/approach at this conference.

Perhaps this would be better if imagined:

“Alan was a little excited and nervous to be joining the teambuilding event for his change-leadership team. It was a new experience to be working with 8 other colleagues this session; two headteachers, a depute-head, three principal teachers and two teaching colleagues. Between them, all centres from nursery to secondary school were covered. The teambuilding event was straightforward, but really enjoyable. A set of activities helped them to get to know each other better, set out ground-rules for how they worked together, introduced them to the programme content (online and face to face), the specific challenge that they were to overcome, and the “scrum” methodology that their approach would be loosely based on. Their challenge was to introduce a pilot across a manageable number of schools, which would double the uptake of personal reading for leisure; this should result in a new approach which could be shared across other schools. The first three sessions together were face to face learning sessions, working through models of leadership skills in team-building, setting strategy and vision, knowing yourself as a leader, communicating effectively, etc. Alan found this really challenging, and found the conversations with the promoted colleagues nothing short of eye-opening as he reflected on the experiences that his promoted colleagues were discussing with him; it was giving him a real insight into responsibilities that, being honest with himself, he had found all-too-easy to criticise from the sidelines! After these sessions the online component began, and all 9 team members had to work through much of the content of a very recently designed and tailored programme in their own time. This work was designed to deepen the basics of leadership in action with particular reference to examples of change leadership. The friendly competition and for that matter the strong mutual support in developing understanding of some tricky ideas really got Alan through this. Through the next phase there were three two-day events during which the team got together in a management retreat with a focus on discussing,   planning and designing their solutions to the challenge. This was when they were introduced to their own version of the “scrum” approach, and their own backlog-board (listing and tracking their tasks as they grew the “product” while they went along) became a central feature of their time together. What was most interesting for Alan was the team of people who visited and spent time helping the team to review their product. Parent-body leaders, a couple of noted academics, some school-learners, an industry innovator, all received updates on the emerging product, and were allowed 45 minute slots to question and challenge the team, adding new ideas, sharing relevant experiences and generally making complacency impossible. Having directorate members sit round the table during this creation phase was particularly surprising for Alan, who had always viewed these senior officers as a little distant. The team often radically reviewed their thinking after these sessions. Eventually these six days, spanning either Sunday-Mondays, or Friday/Saturdays produced something that they believed was ready to try. During the last phase, the team supervised preparations at two schools to pilot the new ideas. This involved parent workshops, learner workshops, staff workshops and in fact some tricky timetable changes for participants throughout the pilot. The team were working in two groups by this time to lead and evaluate the new approach. The final phase of the project saw the preparation for the resulting product to be presented to the conference”.

Am I saying that this would be the ideal way for us to run leadership development, no. What I am saying is that there are elements of this approach that would let us try to break down the hierarchy in learning, bring exciting new teachers and good middle-leaders on far more rapidly, while bedding in change as the point of leadership. Over a few years we could learn a lot, while growing a critical mass of different-thinking leaders at every level. I’m saying it could work something like this, and we should get further out of our comfort zone in leadership development.

Let’s identify some of the hardest, most exciting and even unexpected problems and throw them at some mixed learning teams; we might just shake things up!

(Influence by Robert Cialdini and Scrum by Jeff Sutherland referred to)