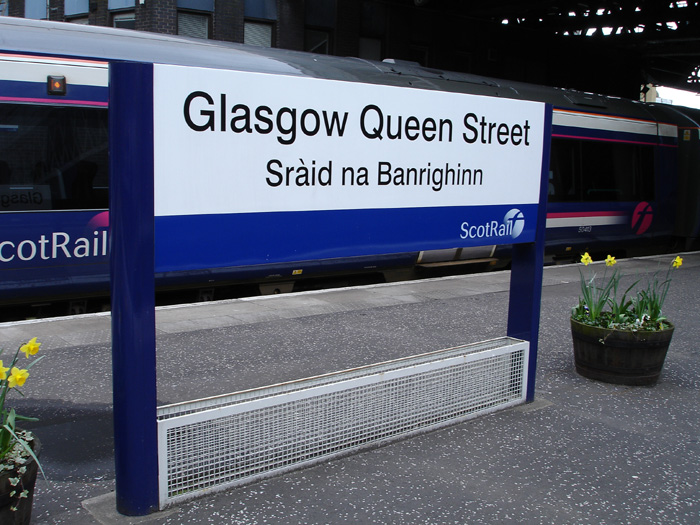 So I’m having an affair. I do feel guilty about it. Not guilty enough to stop it.
You see, I’m learning a new language, but it’s not the usual type I go for.
My great love for languages was ignited at school by two teachers. They opened up a brand new world to me and I couldn’t get enough. What motivated my 14 year old self to go forward with languages? No doubt there is some big theory based on learning styles, genetics, mental factors and such like but to be honest there were two factors: my teachers loved teaching ( both weans and their subject) And I experienced success so was motivated to carry on.

I had a similar experience when learning pipe organ. My teacher was quirky and very dry but I liked his sense of humour and I played for a few hours every night until I got it right. Learning two languages at the same time (French/Spanish) at school just seemed normal. I had two different teachers and that helped me to associate one to a teacher. I enjoyed exploring the grammar and looking for patterns.  I loved speaking the languages and channelling my inner French or Spanish Madame. I also found I could understand my mother tongue grammar a lot better, and in a bizarre way had more understanding of Scots. Many people ask about the best time to learn a language, the best time is when you are motivated and I know that first hand.
On arriving at university to study translation and interpreting, it seemed like logical choice to pick up another language and I opted for German.

Straight away I started looking for the big verbs, the conjunctions and tenses.  The focus was purely linguistic and I didn’t enjoy it as much. On the other hand I was learning how to take French and Spanish apart while studying politics and economics of the country and it was like meet the fockers. ( hugged  in the language all round) I was surrounded in it just like I had been at school and I thrived on it. We studied literature, looked at political institutions, history and economics. And I couldn’t get enough.
It didn’t feel like that in German. My prof was a specialist in machine translation and it didn’t come alive for me that way the other languages did, consequently I had a good grammatical understanding of the language but I didn’t feel confident speaking it and hadn’t developed that bond with the language the way I had with French and Spanish. I also didn’t have a natural hook into it that I did with Spanish. After learning french for two years at school, I picked Spanish up and immediately started spotting patterns and looking at similarities at the roots. There were no such similar patterns in German for me, it didn’t follow the process that I had been through for Spanish. However, I was able to progress in it but I didn’t feel that connection with it. Sorry German, it’s not you, it’s me. Well actually, it was the environment and motivation levels too.
I had a daliance with Italian we got on well. I can read it and understand it and speak it like a demented Spaniard. I spent a wee bit of time there but had an emotional connection with it as I had been surrounded by a lot of Italian speakers so I associated it with happy times of travelling and socialising. I still harbour this Romantic notion that I will study bit properly and I fully intend to but it’s not grabbing me the same way as my latest fling, but more on that in a bit. Having decided to take a year out of teaching to do VSO, I found myself being posted to China. They needed teacher trainers and given my linguistic history it would appear that I was a logical choice as I had demonstrated the necessary skills to learn a new language.
In order to learn Mandarin I had to forget everything I had ever learned about language learning and almost assume the position of a baby again. There was no stimulating classroom or teacher to take me forward with it. A sterile book and CD and a case of knocking yourself out with it. I had to resist the temptation of comparing it to anything I had ever learned or seen before. I had to re programme my neurons to stop scrambling looking for the comparisons to romantic languages. I did find myself making notes on pronunciation comparing it to French and Spanish. I am sure there is some big learning theory for this, but for me, coming to a language as an adult was more simplistic. Like learning German, show me the verbs, what are the tenses and what are grammar and pronunciation rules? Oh, you don’t do tenses!
On arrival to my placement armed with enough Mandarin to keep me going, I soon found myself on the back foot again, I was in an area where they spoke a dialect and no Mandarin spoken, I picked up enough functional language in the dialect to get my dinner, make photo copies and understand when they commented that I was the teacher in the college. I felt right out my comfort zone as I couldn’t read it the characters. Again, I associated the language with transactions, I didn’t have a close bond with it despite living in the culture.
I caught myself on a few occasions stepping back from teetering on the abyss of giving up with the language and really having to focus on It for what it was. I listened to the music, watched films and read as much as I could to try and get that emotional bond with it. The relationship progressed and I felt more comfortable with the language but still nowhere near the love I have for French and Spanish. And so back to rekindle my love for French.
I spent a few days in Marseille for work and immediately felt that surge of emotion for French. Spanish has always taken care of itself as we speak a lot of Spanish en casa.

Then along came Scottish Gaelic. Well to be fair, we have been admiring each other from a distance for some time. I even took my teach yourself Gaelic books to China ( pretty high hopes). I have always been aware of it, knew about the culture and have had a real emotional bond with it for whatever reason I can’t explain, and when I was given the remit of looking after it for my new post, I wasn’t sure how I felt. I found my self with native speakers who would chatter away in Gaelic and learners who would pepper their conversation with words and phrases and I didn’t like it. Not a bit. A party I wasn’t part of.  Then I saw it written down and my neurons lit up like a Christmas tree. The pattern spotting began and I felt like I was trying to crack some kind of enigma- code. Each time I thought I could spot where the adjectives were i was thrown again. However, not to be deterred, I took to asking my big Gael pal every other minute what something meant, how it was pronounced and trying to figure out how I could remember it and more importantly for me, have a connection with it.
I have already started associating Gaelic with friends, adventures and laughing a lot. Mainly at myself trying to remember the pronunciation rules. Of course like any other teenage learner I want to know some swear words and rude phrases – from a research point of view of course……however, what really had me from hello was when I was fortunate enough to being room with a group of lexicographers who were talking about how you agree on new terminology for words that just don’t exist in Gaelic. The process they go through is fascinating and ticked everyone of my linguistic boxes. Being part of that relationship with a word from the beginning is exciting.

I have had to banish my european languages to the sidelines to make room for this new one, again, no obvious hook for Gaelic  and it doesn’t follow my type of logic but I get it. It’s a slow process and I’m aiming for phrases at the moment, not just a chaste word. I’m in that first flush of the wow part of a new relationship. I’ve forgotten about the previous ones ( just while I learn) and am enjoying the new found glow of communication, culture and creativity. No doubt some critical thinking as well.