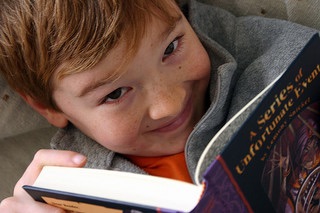 I had a really interesting conversation with the well known performance coach, Andy Vass. Andy at one point sang the ubiquitous refrain that he had just “not got” Physics in school, and that he still wasn’t particularly drawn to the subject. It got me thinking instantly about all of the subjects that I had “not got” at school too. I particularly didn’t “get” French, the memory of my second-year 11% score remains vivid and led inevitably to my being cordially invited to écarter le pli! The interesting thing to me is that I would really love to be able to speak French, and in fact I kind of love the language. I have gone to classes as an adult on a few occasions and have learned sufficient to be able to get-by on visits; I am not very good at it, but I love it!

This led me to remark that on reflection there really weren’t any subjects from my school experience that I don’t now find in some way interesting. The classical studies with its smattering of very junior Latin that I just couldn’t stand, I would now love as a better foundation for understanding those delicious morsels that we call “words”. Geography, largely as a function of the teaching style I suspect left me pretty cold too, but in later life I loved hillwalking and navigation, I also sailed for a while and did some night classes in chart reading and navigation and loved that. I could write something about pretty much every subject, like the Maths that they threw me out of, and which I dreaded and hated, which I now love as a really beautiful area of learning which is applied to so many exciting aspects of science. (Performing the basic calculation that demonstrates Einstein’s time-dilation as a Physics student pretty much made my week. Sad, eh?) it turns out that I can find interest in all of it now from cookery to English.

I wonder as a result of this conversation whether we actually take school too seriously. I know, I pretty much treat it as life and death in some of my more impassioned (pompous?) moments, but it is good to sample a different viewpoint once in a while. It is this very seriousness with which we treat school, that may make it such a poor learning experience in so many areas. The pressure to grade and assess young people forces it to be a “factory” in some senses, and one of these senses is that we reject unsuitable “material” from the process when we are certain that success can’t be achieved by the end of schooling. What if we could remove that pressure, and see schools as serious outcome-factories only in literacies and basic numeracies, and let all the rest be exciting again. We could make Physics courses fun, and allow people who don’t seem to have a flair for academic exams in the subject, to learn about space, and time, and electronics or whatever they want to learn. If we don’t treat school as the endpoint to a young person’s learning, then this would be possible. Could we kill off the horrendous assess-everyone-at-once passing out exam diets, and just let young people take qualifications when they felt they needed them.

Written and posted on my ipad at a soft-play centre with Daughter HB! An interesting and horribly noisy writing environment. (My excuse is in).