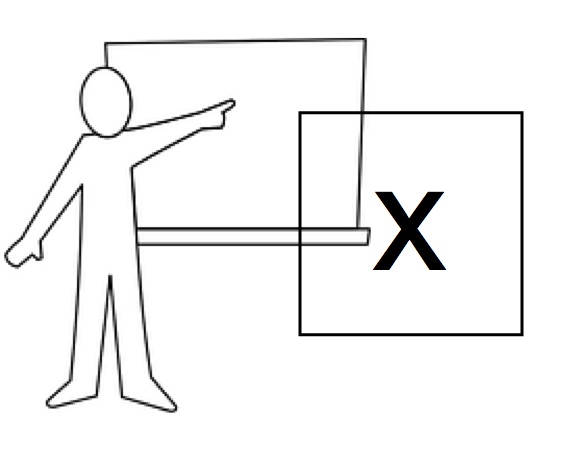 Post by Stephen. Until the Liberal Democrat’s recent ‘red line’ announcement about not entering a coalition without education spending commitments, the election campaign has been very quiet on the school policy front. No doubt that this is an unprecedented political era that we are entering given the seemingly fractured nature of party allegiances, in England at least.   Given that a first past the post voting system seemed to have entrenched a 2 party  choice of government, perhaps it is not surprising that some parties consider the education groundwork to be done and other priorities are capturing their ‘imagination’ (or lack of it).

The education quietude is a far cry from Tony Blair’s 2007 “education, education, education” election rallying cry that aimed to put the UK into a competitive global economic position by building its human capital – the skills and aspirations of its people – through transforming schools. New Labour certainly set about education, and public services, with gusto. Christopher Pollitt, a highly respected academic on government, described their administration as ‘hyperactive policy making’ with respect to public services.

Before thinking ahead it might be good to reflect on what the education focus of the 1997 -2010 Labour government achieved or set in train.

“Another quiet revolution has been the huge increase in support workers, such as teaching assistants – up by 172,000. To put it into context, that’s like recruiting an additional workforce that is bigger than the army, navy and air force put together”.

On top of this a huge programme of school rebuilding took place. Unfortunately, the PFI schemes through which most of this was facilitated brought a host of other issues, which is another story.

Despite all this spending, it is worth recording that education spending in 2007 was about 5.6% of GDP compared to an average of 5.5% in similar industrialized countries. So huge amounts of wonga went to make us an average spender on education. There is some debate about what the subsequent rise in school standards mean, and I do not propose to enter that here. Just to say that there was some real purpose around social justice in the investment: the move to integrate services for children and families, the extended schools programmes to target and join up provision, children’s centres and Sure Start to make support available to young families. All examples of policies with some drive and imagination in an effort to tackle poverty and generations of low aspirations. Some critics of the Blair government’s family programmes suggested that it was an attempt to make all families ‘clones’ of the middle class and in so doing denigrated other historical and cultural values to those of the Blair’s. Not withstanding such critiques, these policy examples were the sort of long-term policy making initiatives that are required to really tackle inequality and unfairness in society, especially brave considering that a Sure Start programme might not produce a wider good until some 15 years down the line.

In the education department in Whitehall the day after the Coalition came to power in 2010, down came all the rainbows and the pretty logos, out went the family and children’s services brief.  As far as the new Secretary of State was concerned (Michael Gove for those who might have forgotten) there was to be no more New Labour “vapid happy talk”.

Gove charged through the breach created by the fracturing of the system begun under New Labour. The academies and Free School programmes accelerated and the power and scope of the central administration seemed to grow along with the burgeoning ‘independence’. Labour can hardly complain if a Conservative led government drives forward the radical restructuring and marketisation of school provision.

The question of Free Schools and Academies is one we will have to return to on this blog. Unfortunately, the big picture in England at least, is that the gap between rich and poor has got wider, middle class families are able to secure more benefits out of education. A picture not helped by both Labour and Tory’s systematic denigration of the power of local education authorities (Children’s Services under Labour) to have oversight and planning powers across their patch. Stories of financial mismanagement and gravy trains for academy and Free School directors seem to be stacking up and the sense of public values is rapidly disappearing. There seems to be little political debate coming up to the election about, or even appetite for, reversing these trends and reintegrating a truly public service.

Neither is the curriculum and its underpinning values being given the airing it should. Unfortunately Blair, in a moment of panic and political vanity, hastily abandoned the Tomlinson Report (2004), an opportunity to broaden the breadth and engagement of our national curriculum and qualifications structure and went back to reinforce what many headteachers feel is a reductive, narrow A –level end game.  Gove followed this retreat and entrenched an even narrower and even more performatively inspected curriculum structure.

No one on this blog is excusing poor teaching and badly run schools, but following the Blair and Gove eras, the resulting level of audit, mistrust and central government meddling has resulted in a drain of highly skilled teachers and very low morale in the many schools where a highly motivated teaching force is absolutely essential. Teachers ought to be one of the most valued and trusted professions in our society. Aside from the rhetoric about wanting to trust them more, parties in the election seem to be out of touch with the crisis of morale in our schools. Rhetoric about trusting heads and schools to get on with it is all very well, but when you have a centralised government lever on one hand and a market on the other, heads feel very ‘squeezed’ about their values and schools can be extremely stressful places for both staff and students. There is a culture rife in England of bullying heads, people who give so much of themselves to their schools and students, and many of them suffer for it. I have talked to young teachers in challenging schools who can feel the effects of this bullying, because the stress is passed down the line.

If the number of good and outstanding schools as judged by OFSTED in England is rising, then it is down to the work of the school communities who labour with a sense of virtue and honour, qualities that I suspect are often lacking from our inspection bodies. This school labour is taking place in the context of some increasingly totalitarian, Orwellian nightmare where history and achievements can be re-written to suit the political agenda. We need to get angry about this as a public that deserves better than ignorance from its politicians.

The Greens appear to have the most radical and public spirited education policies, unfortunately their votes are likely to be too scattered across the constituencies for them to make much of an impact. So, let us hear some education debate before we slip into another 5 years of lurching between complacency and crisis management driven by a numbers chasing, blaming administration.