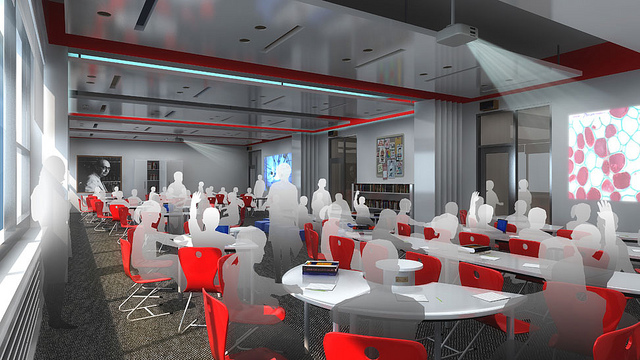 I have just finished a visit to one of the primary schools I work with. It was what is known as a validation visit during which some colleagues and I work with the school as “critical friends” to “validate” their assessment of their own provision. This particular visit was a real pleasure with the whole school staff pulling together to show what they do best. Any parent listening in to the dialogue with the staff would have been delighted about the enthusiasm of their childrens’ teachers. The result of this very positive experience however was that we left them with a list of agreed strengths and a list of further improvements to be undertaken.

I felt a little guilty about leaving this committed bunch of teachers a to-do list, even one they agreed to, and I wondered for a while why this troubled me? I think it was perhaps as a result of the podcast I was listening to. The Freakonomics podcast was considering naive thinking as a way of cutting to the heart of complex issues; consequently I was asking some deliberately basic questions about how we run schools? It strikes me as worrying that we continually pile more and more pressure on staff to be endlessly doing more and more. We know that teachers are tired and feeling the pressure, so are we going about this the right way?

One of the classic errors of leadership is to control and micromanage the process and input side of a complex workplace. If you bring good people to bear on a problem then there is a strong body of thought that you should focus more on defining the desired outcomes, and coaching your teams as they learn to deliver their targets. (There is a loose parallel with the Bank of England managing interest rates to work towards a politically mandated inflation target. This arrangement was put in place to stop the ping-pong of damaging political interference and could be argued to have been relatively successful in achieving its goal). Back then to our teachers and our constant specification of the input and process-control side of running schools; what would happen if we tried to simplify the way way we manage improvement? What might that mean? This is where naive thinking comes in. The simplest unit of learning success in the school is the learner; what if we made the primary inputs and improvement feedback to them and their parents instead, we could check the degree to which:

And once you had checked that learners were playing their roles and performing well, we could check that:

This may all seem a bit bizarre, but one of the fundamental problems with Scottish/British education is the take-for-granted attitude schools and communities can develop toward it. in poor countries, we know that young people will walk miles on top of undertaking family chores for the opportunity that school affords them to change their lives. Thomas Friedman, in his chapter, “dumb as we wanna be” in “Hot, Flat and Crowded” puts his finger on this malaise perfectly. Western, mature-nation kids have become spoiled about hard work and learning compared to the young Indians of Bangalore for example. These kids work harder and longer, do more science and maths and as a result have attracted all the high value industry that we are losing. Do we really expect teachers to transform the attitudes of a mature nation’s burger-fed kids by implementing so many new classroom initiatives that depend on the enthusiasm of learners and parents to be successful anyway?

So perhaps it is in interesting idea to “flip” the school, with the responsibility more on the learners and families to work and engage. This doesn’t mean we don’t expect high standards of our teachers, just that we would expect them to respond flexibly to the needs of learners on truly individual pathways, rather than teaching down the middle in increasingly pressurised ways, and not quite serving everyone perfectly.

As for the learners who misbehave? I am sympathetic of course as mostly they are children and young people with real difficulties in fitting school, however, if schools didn’t have to bend over backwards to accommodate these children, with the resulting damage they do to the learning of others, perhaps we could come up with different pathways and solutions for them. Many families would return to the fold of a good school anyway once they realised the school didn’t owe them tolerance of poor behaviour, many others may enter more vocational pathways earlier, perhaps exercising a return to more academic learning when they feel committed?

It is interesting to deliberately think differently for a little while, it may be important to rethink our education system sooner than we think; many aspects of it are simply not preparing young people adequately for the new economy. I am not suggesting this is the answer, I am suggesting that learning new approaches requires us to think differently; from mental exercise comes creativity.