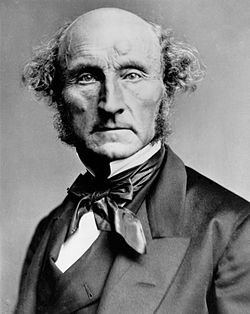 The recent Labour leadership election has taken the media spotlight off education policy, but underneath the hubbub plans to create more free schools and academies throughout the rest of the state sector in England are still proceeding. Hopefully it is not too late to have a little pause to consider some of the implications, although this dog remains pessimistic about halting the headlong rush.

It is worth chewing over a little of the philosophical and historical background to the idea of a free school (I am going to assume readers are conversant with what a free school is). Let’s start with John Stuart Mill, for his time a radical thinker and one whose ideas echo throughout contemporary liberalism and onto which contemporary free market neoliberal ideas are able to readily attach themselves. Mill’s On Liberty, published in 1859, sets out arguments for the freedoms of thought and discussion, the pursuit of individuality as a part of human well-being, and the proper place of the state and authority in enabling and protecting individual liberties.  Much contemporary political thinking starts from what is generally thought of as the liberty principle – your freedom to pursue your own interests providing no harm is done to others, and the minimal state required to protect such liberty.

One of Mill’s arguments is that by allowing the widest freedoms of thought and discussion we can escape the errors and dogma that might otherwise be maintained if society were to repress ideas. For Mill a flourishing society was built upon rational individuals who were able to think and create for themselves rather than conform to fashions or follow the mob. He grew up in a household governed by the rather calculative utilitarian principles of his father’s friend Jeremy Bentham, but whether Mill is a strict utilitarian is a moot point. In Utilitarianism (1861) Mill argues for a hierarchy of worthwhile pleasures and wrote that: “it is better to be a human being dissatisfied than a pig satisfied; better to be Socrates dissatisfied than a fool satisfied”.

It is not surprising then that Mill had some strong arguments to make about the provision of education.

So what is the role of the state in Mill’s ideas? Firstly, to legislate to make universal education compulsory; for Mill education was a “sacred duty” of every parent and a truly free society depended upon the power of individuals possessing knowledge and being able to think well. If the state confined itself to legislation:

“It might leave to parents to obtain the education where and how they pleased, and content itself with helping to pay the school fees of the poorer classes of children, and of defraying the entire school expenses of those who have no one else to pay for them” (On Liberty p.117).

Parents should be trusted to provide the education they see fit for their children.   Mill allowed that government should only set up schools if the country was “in so backward a state” that there were insufficiently well-qualified people to do it on a voluntary basis. A key reason behind this argument is that the state should be prevented from exercising “an improper influence over opinion” (p.119). Diversity of opinion, so critical to Mill’s view of a well-functioning society, can only be provided by diversity of education. State education ran the danger of:

“moulding people to be exactly like one another: and the mould in which it casts them is that which pleases the predominant power in government” (p.117).

Well educated individuals who were ‘habituated’ to become good citizens and think not only of their own interest are always to be trusted to do things better than governments, so that:

“An education established and controlled by the state should only exist, if it exist at all, as one among many competing experiments, carried on for the purpose of example and stimulus, to keep others up to a certain standard of excellence” (p. 118).

Thus another role for the state in Mill’s argument was to provide some sort of arbiter of what works best in schools, he was an empiricist at heart who advocated a sense of experimentation. He went on to write that:

“What the state can usefully do is to make itself a central depository, an active circulator and diffuser, of the experience resulting from many trials. Its business is to enable each experimentalist to benefit by the experiments of others; instead of tolerating no experiments but its own” (p.122).

Those willing to provide a good education should be remunerated by parents paying fees, or by the state supporting poorer children. The means of enforcing the law would be public examinations beginning “at an early age”: an age that “might be fixed at which every child must be examined, to ascertain if he (or she) is able to read” (p.118). Mill suggested that fathers were to be fined, or made to repay by labour, if a child failed to read. Every year exams would introduce a wider range of subjects to a certain minimum of general knowledge, beyond which voluntary examinations could be taken to claim a certificate. To prevent the state from exercising undue influence, these exams would be confined to ensuring matters of “fact and positive science exclusively” (p.119).  Providing children had a grounding in objective knowledge, the teaching of matters of ‘dispute’ such as religion and politics would be up to the schools who held those beliefs. These schools would need to teach the reasoned grounds for holding those beliefs, but it was not for the state to dictate what they should teach.

So what can we learn from looking at the history of ideas such as Mill’s? Obviously many of the contexts are different, but one can already see enough echoes throughout recent education and political ideas to indicate that contemporary policy making works on the back of some long fought out thinking. There are some unresolved tensions in Mill’s thinking that still bedevil policy today, (I’ll leave those up to the reader to think about).

The notion of individual liberty based upon freedom of thought, and suspicion of conformity and state intervention, is witnessed in the early free schools in the UK, set up in opposition to the state sector,  that were to be found in major British cities in the 1970’s, (more on these in another post). The notion of parental choice paves the way for contemporary market thinking to roll back the auspices of government and place consumer choice at the heart of driving up standards. Freedoms for free schools to disapply the national curriculum would meet Mill’s approval. You would also find proposals in Mill to allow schools to not require standardised, government approved, certification of staff, and free schools are now to be given freedoms over employment.

However, while self-governing and networked thinking are at the heart of contemporary governance I do not think Mill would have approved of the state’s centralization of many powers through the department and its partner organisations. He would have liked to see those powers used to arbitrate between various education provisions, or experiments. From Callaghan to Blair, the Labour Party’s drive for raising education standards has made the thought of ‘experimenting’ on a child’s future a taboo, a no go area, and to some extent one cannot blame them. This pooch feels that the current Tory government does not care a jot for state education and many things I took for granted in my own state education (such as theatre and outdoor pursuits) are increasingly only available to those with the deepest pockets.

Mill was a radical in arguing that to live as a species possessing diverse and complex natures demands diverse and complex balances between liberty, utility and government. Whilst agreeing with Aristotle on the importance of human flourishing, Mill’s notion of diversity diverged from Aristotle’s teleology; current liberal policy-making draws more on Mill’s legacy than Aristotle (discuss). It would be foolish to reduce the emergence of free school policy to Mill’s ideas, but I cannot see how the contemporary policy environment would be possible without drawing on an historical foundation and structural forces into which are woven strongly argued ideas, such as Mill’s. To be continued.