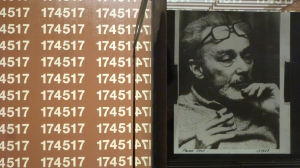 Can you teach wisdom?

Primo Levi (1919 – 1987) was a chemist, born in Italy,  a Jew deported by the Nazis but who survived the Holocaust.  He was also a brilliant writer.  In his book of short stories and essays, The Mirror Maker, the concluding chapter is called Hatching the Cobra. In this piece Levi reflects on the various horrors and acts of destruction that can flow from science.  However, unlike Martin Ryle, he does not call for the end of science, but leaves us with this brilliant quote:

“We are what we are: each one of us, even the peasant, even the

most modest artisan, is a researcher, has always been that.  From the undeniable danger intrinsic in each new scientific discovery we can and must protect ourselves in other ways.  It is certainly true, that as Ryle says, our intelligence has increased portentously, yet our our wisdom hasn’t; but I ask myself how much time, in all the schools of all countries,is devoted to increasing wisdom, that is, to moral problems?”

Primo Levi asks how is it that a concentration commandant considered himself an educated man, was able to carry out such atrocities, and in the evening read Goethe and listen to Beethoven?  The quote still has contemporary resonance and challenges education systems on a number of levels.  For instance, are we paying insufficient attention to the teaching of moral problems?  How does one ‘teach’ wisdom, if at all? Is our schooling system equipped or prepared to ‘devote’ time to such teaching?

In many ways wisdom is a contextual quality, doing the right thing at the right time.  But since classical Greek times many have believed it was a quality that could be cultivated. Aristotle (circa 385/384 – 322 BCE ) argued that the purpose of human lives (its telos) was to achieve flourishing: eudaimonia, not to be translated simply as happiness.  For a flourishing life one had to cultivate intellectual and moral virtues that helped to define a life of more abstract contemplation, sophia, and of practical wisdom, phronesis.  The latter is particularly important: knowing what the good thing to do requires experience – learning-  and virtue.  To be a ‘good’ learner is an ethical project, which means learning how to hold together such qualities as justice, humility, courage,  and what Alasdair MacIntyre called: “effective independent practical reasoning”  and “just generosity”.

Aristotle’s ethics went through something of a revival in the Western world in the 1950’s onwards, with philosophers such Elizabeth Anscombe, Philippa Foot, and Alasdair MacIntyre  reworking virtue ethics to deal with some of the complex moral issues we face that other moral traditions seemed to fall short on answering.  Aristotle felt the young needed good role models and strong guidance to develop phronesis, but he was a bit suspicious of democracy as a form of government.  However, contemporary virtue ethics would suggest that we need to strongly model democratic participation as a template of what it is to live a good life.  To do so also means defining standards of excellence that embody rich notions of the capacity of humans to learn and develop as social beings.

It follows from this reading that our places of educating the young need to not only address the content of what it is to lead a moral life, but to encourage authentic models of democratic participation that can prefigure the development of more just relationships in their adult lives.   These two themes, moral pedagogy and democratic practice, are ones that I want to explore further in future posts.