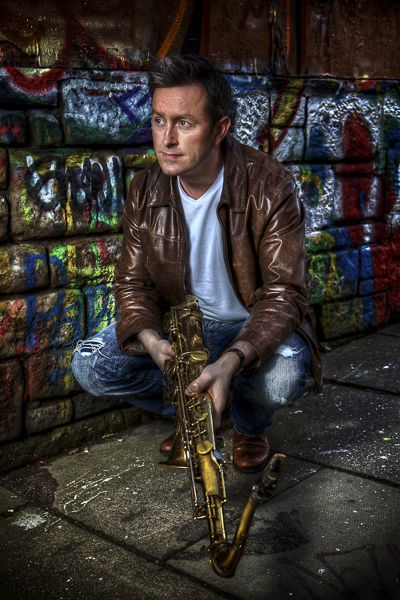 BBC Radio Scotland have a programme out just now about Jazz saxophonist, Tommy Smith called “schemes and dreams” (time limited BBC iplayer link). I happened to hear a little bit of it this week and found myself having one of those “I want to park the car and sit and listen to the rest of this programme” moments, but alas, work prevailed. I don’t know anything about Tommy’s music, although I have it playing on spotify as I write and he is pretty awesome. He talked about his upbringing in Wester Hailes housing estate in Edinburgh, and all the games he and his friends would play as kids. Anyone who ran around a housing estate or “scheme” would recognise his description of a very different world in which kids were allowed to roam free and to treat the whole estate as their world. I had a major nostalgia attack when he mentioned “2-man hunts” as a reason to roam the estate for 2 or three hours at a time; anyone else remember that? What struck me though, was something totally stark and amazing that he said about learning. Interviewer Des Clarke asked Tommy what he did at nights as he became older in Wester Hailes? He said, and I paraphrase, “nothing, after I began learning the saxophone I didn’t go out again”!  He said that upon coming home from school he would practise until the volume and the paper thin walls to his neighbours prevented any more playing. As he began gigging, he earned some money, which he said he would spend on “Jazz records and reeds for his saxophone”. Des checked this and asked, whether he spent money on any of the other things that teenagers would, and Tommy’s answer was a question: “What else would I spend on”?

This set me to thinking about a very real learning-style difference that we see in real learners. You could call this trait learning focus. Tommy Smith discovered that he liked the sax, and spent colossal amounts of time learning, working, focusing and improving. He described what you might call convergent learning; he became more focussed and presumably got into a learning-reward cycle that meant he got great pleasure and great feedback from the work he was putting in. That probably made him keep putting in the work!

I can’t help but contrast that with myself. I have spent various periods of time learning science, guitar, mandolin, folk music, learning theory, rock climbing, hill walking, computing, cycling and photography. I have thrown myself into all of these with high but varying degrees of passion. I would like to think that I have just presented my life’s entire list of learning passions in the hope that I will get better at at least some of these; sadly my track record says that we may yet see me take up some new learning. I have form! You could also say I have a divergent learning style.

In his book “Outliers”, Malcolm Gladwell popularised the 10,000 hours theory of expertise. This is the idea that people who have demonstrated genuine expertise in a discipline, have practised for something like a minimum of 10,000 hours. Many case studies have been presented about experts like Bill Gates or the Beatles. This expertise requires years of learning without many other distractions; it could be that true success and expertise in any discipline requires either a long period of convergent learning, or perhaps (in Tommy’s case) a permanent tendency towards a convergent style. I don’t know which it is? Is it possible that you only develop a strong convergent learning style if you enjoy great success in whatever you are learning? Perhaps some people are just wired that way, and the reason they enjoy success is that they put in the hours?

Thinking of yourself now, what is your style? Do you have a laser focus and “converge” on one main learning passion, or are you more of a lighthouse, spreading your focus in a “divergent” style?

Do you tend to focus on one main area of learning passion, or do you spend time learning many different things?
Single learning focus
0 Vote
A few areas
2 Vote
Many learning areas
2 Vote

photo © Colin Robertson (photographer) via Tommy Smith’s website for press use. Thanks.