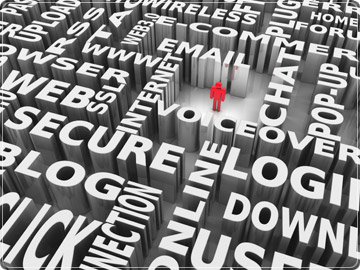 I am by no means a technophobe. In my bag you will find on most days an iPod, iPad, kindle and probably 2 blackberries.  I use them for different things, mainly to keep in touch, listen to music and avoid work. I don’t Facebook but I do enjoy Twitter in bursts. Then it makes me feel inadequate as I dont post fabulous photos, guilty for checking the news  too much and probably slightly stalkerish as I check the  the latest antics of a certain film star.

This weekend I spent some time with some phenomenal teachers. Each of them with their own individual take on ICT and how to integrate it into the classroom. I felt inspired and overwhelmed at the same time. I know using ICT is a key part of teaching and learning today but I couldn’t help thinking if I was to do everything that was being suggested I would literally never have a minute to myself as I would be online constantly marking and sending feedback to pupils or answering comments from parents, I’d be app smashing , film editing, making avatars, QR coding, blogging and so on……
There was so much excitement in the room and I felt bad as I was thinking when would I ever get the time to teach in a way that I enjoy and can be at my best if I constantly used all of this? When smart boards first came on the scene we took our time playing with them and integrated them to be something more than that just a big screen. It didn’t mean that I chucked out all my flash cards.
Technology has a way of making us feel like superheroes or dinosaurs.
There are many barriers that prevent me from using as much technology as my friends and colleagues in other places. Hardware, software and the W word. Wifi. Asking our own pupils to BYOD ( no, not bring your own dug – bring your own device) brings all sorts of challenges and/or expecting the bambinos to use their own data….Computer says no. And….dare i say it,  Child Protection. So many of the great programmes that could be used don’t store data in a place with an address that I can locate on the map never mind pronounce so that again throws a spanner in the works.

I once watched a student teacher do a lesson and it was ipad tastic – well HE was. He had all sorts of stuff being projected on the board and it was like watching a very skillfully edited blockbuster. It was amusing, technically very good but was there a big message? (No) Did the weans learn anything? (No) and were we just  passive bystanders as someone else performed? (Pretty much).

I asked him to do another lesson with no technology and lets just say he had to think really hard about it. He had to work a wee bit harder as no glitzy app was going to do it for him. Lo and behold – he was ok, but he admitted to feeling a bit naked without the armour of tech.As his Jedi Master, I gently reminded him – there is no try, there is only do. As teachers WE are the biggest resource in the class with technology as a welcome addition.

I find myself doing wee bits where I can and where I feel comfortable – when I feel I wont make a fool of myself trying to show weans tech who know it probably better than me and more importantly when it enhances the lesson, not IS the lesson. I don’t even pretend to speak the language of tech fluently. As a linguist I’m ok with that. It’s not about linguistic perfection but the power the language gives you.

Technology: We moved on from the polite introductions, maybe you can convince me to step out for a coffee and an app smash.

Image from computernewsme.com via storify.com Thanks