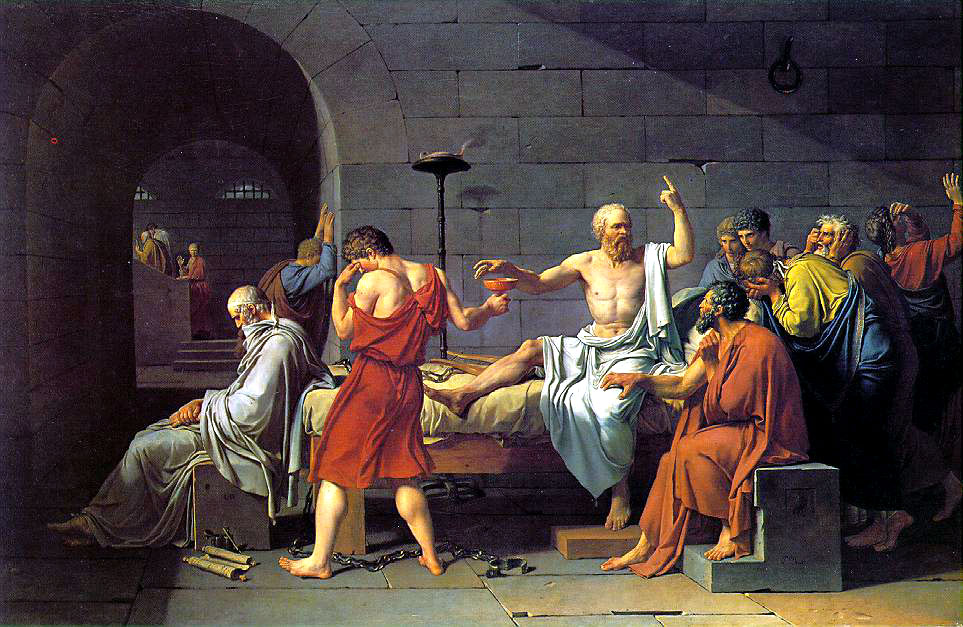 Written by Jay Helbert: Leading people through change is one of the key duties of school leaders. This is more true now than at any other time in the past as we come to terms with the changing nature of society, curricula and education.

To paraphrase Sir Ken Robinson, the school system as we know it, is based upon principles first developed in the intellectual climate of the enlightenment and the financial and social climate of the industrial revolution (See his RSA animation at https://www.youtube.com/watch?v=zDZFcDGpL4U).

The industrial revolution and enlightenment were times of significant social and technological change. New technology brought about increased migration to urban centers and away from rural, farming communities, the class system changed as a small but significant number of industrialists became rich and gained influence and mechanization began to put whole groups of the newly swelled urban population out of work. There arose a new political movement as Fabianism eventually gave rise to the labour movement in the UK and the moral climate of Victorian propriety arose in answer to the perceived squalor and degradation of over populated, under-employed urban areas. Philosophical and political levelers saw education, specifically literacy as a means of improving the secular lot of the masses and moralists saw education as the means to access the word of God and to immortal salvation.

Thus, a new value was placed on education and schools were opened in parishes around the country. Some industrialists such as Robert Owen felt a moral obligation to attend to the physical, spiritual and academic well being of their employees and their families and established centres of learning to this end, but most schools were run by, or in very close conjunction with the Church. Universal education for children was arguably one of the most significant events in our history. It enabled social mobility, self-determining communities and, eventually universal suffrage and the democratic state we live in today. The purpose of schools, according to many, was to equip young people to contribute positively to their society for the benefit of individuals, and communities as a whole. For a contemporary and elegant summary of this thesis, see John Dewey’s ‘My Pedagogic Creed’ of 1897.

Schools and education changed little for a long time until the education act of 1944 (1945 in Scotland) ensured there was free secondary education for all and the school leaving age was increased to 15, though the stated intention that the age be raised to 16 was not effected until 1972. Since then, governments have increasingly become more involved in education and the minister, or secretary of education, has become one of the most influential and high profile government offices. Tony Blair’s famous election manifesto of 1997 was based upon three key areas; Education, Education and Education. Prime Minister James Callaghan’s now famous address to Ruskin College in 1976 is widely regarded as the beginning of ‘The Great Debate’ about the nature of education and reads as eerily familiar to a modern day audience (he highlights the need for higher standards, core skills of literacy, numeracy and the ability to work with others, the need to prepare young people for work as well as passing exams and the need to review the exam system and the inspectorate to ensure they are fit for purpose). Callaghan’s full speech can be read here http://www.educationengland.org.uk/documents/speeches/1976ruskin.html

The dawn of universal education might have been expedited by the industrial revolution – that last great accelerated shift of global paradigms, yet we are in the middle of an event greater shift.

The advent of the computer chip has meant another paradigm shift that has thrust us into an era which can be designated as a technological or digital revolution. The almost exponential growth in computer capacity and information sharing methods means that the average edition of the New York Times contains more information than a person living in the middle-ages would access in a lifetime. Students entering school this year will be entering a job market in the future that is very difficult to predict – many will embark upon jobs that, at this moment in time do not exist. Access to information in all of its modern forms requires a set of skills and abilities that are different to those we have traditionally taught in schools.   There is of course merit in being able to understand and appreciate King Lear, construct a Feynman diagram and find binomial expansions of equations (if these be your bag) but is there still a need to rote retain so many facts that are available on your phone? I am aware that the answer to this is a qualified ‘well yes and no’. It is important that young people are able to access and analyse the reliability, likely accuracy and provenance of information – if they are going to ‘Google it’, and they are, then we should make sure they are able to tell wiki fact from wiki fiction.

Moreover, as the flow of information comes at us from so many different angles in an unceasing torrent and in so many forms, the importance of emotional and mental wellbeing becomes more imperative. Young people need not only knowledge and skills, but they also need to be able to function in today’s (and tomorrow’s) world. The abilities to pause, reflect, slow down to a pace that is manageable, to deal with ambiguity, solve multi-dimensional problems requiring knowledge from different fields, to create and make best use of networks and manage one’s time are all vital whether you are a mechanic, doctor, hairdresser or urban street artist. They are important skill areas and as such need to be included in curriculum design.

Skills such as those described above are useful in all curricular aspects and should be developed in all curriculum contexts and the curricula we teach now and in the future, and even the methods of instruction need to be different to previous times. This means wholesale and long lasting change – the type of change that requires skilled transformational and instructional leadership.

As much as it sounds oxymoron, there have been some perennial changes consistent to education. As Dewy and Callaghan and many between and since have pointed out, we need to be clear in the purpose of education and prepare young people, and adult learners to thrive in and contribute to society. We need a curriculum with commonly agreed core knowledge and skill areas (e.g. literacy and numeracy) that does not lead to common mediocrity or shallow, narrow learning. We need to be able to report effectively throughout education and at the point of transition, on the progress and level of ability of young people and we need to ensure that young people are equipped to enter a positive post school destination and that they are safe and looked after through their school life. We need to ensure that real world skills and capacities are fostered such as creativity, self-management skills, interpersonal skills etc. There is absolutely nothing new here, yet these same drivers are to be found behind policy, legislative and curricular change and development since the advent of universal education.

Why is this? Why have we not ‘nailed’ these issues and resolved them once and for all? If the smartest minds of the last century (I might be taking a liberty here) have been grappling with these issues, why do we still have exam systems criticized, too many pupils leaving school without a positive destination, industry criticism of the skills school leavers bring, child abuse missed by the system and pockets of poor school performance?

One reason is that these are more complex issues than merely being about schools; they overlap with wider social systems and we have never been good at having systems work in synergy. Moreover, the times, as Dylan put it, are a changin’. They always were and they always will be. But change is not built into our education systems, in fact it is abhorred in some quarters and suspected by many more. When change is adopted, for example the implementation of technologies in schools, it happens slower than the same change in industry or wider society. There are many reasons for this; teacher workload, confirmation bias, external pressure to value what we can measure rather than measure what we value (leading to a skewed purpose of education – it is to get kids passing exams rather than getting kids ready for life) and then there is poor leadership.

Poor leadership leads to stagnation or change for the worse. Leaders must be skilled at selling the reasons for change and this means having a vision that your team buys into from the outset. Many teachers (and for that matter other homo sapiens) equate the need for change with criticism and, being human, do not always take kindly to criticism and may therefore hinder change. It is curious that very few people take a neutral stance on change – they’ll ether be with you or against you.

I have had experience of persuading many teachers of the need for change and one common response is an emotional one as teachers infer that a call for change is a criticism of what has gone before. When an experienced and skilled teacher is able to point at previous students who are now doctors, lawyers and all round pillars of the community, it is tempting for her to think that change will lead to inferior outcomes. The statement ‘It has always worked before so it will continue to be successful.’ Is a mistake because the conditions have changed, the world is changing and schools, as Dewey pointed out, need to reflect the society we are preparing children to exist in. Change is therefore not only inevitable, but it is enduring and this is the biggest challenge school leaders face because change unchecked is more dangerous than no change at all.

Socrates and the alphabet

If you encounter resistance to curriculum change, don’t assume that the resistant person is closed minded or unintelligent. In 500 BC human kind was on the verge of a knowledge explosion as the Greek Alphabet made it possible for the wide spread dissemination of thought, ideas and technological know-how. The ability to write things down in a syllabary based alphabet that did not rely on a limited number of pictorial representations of nouns and logographs meant that much more information could be communicated between people without them even having to meet. It meant that one human being could communicate once and for that information to reach hundreds or even thousands of people across space and for many years after the death of the communicator. This was a genuine, perhaps the biggest, leap forward in the evolution of our shared knowledge yet the written word had its critics.   First among the critics of writing was Socrates who argued that being able merely read information would make enquiring minds lazy and unable to hold as much information as those who required to commit everything to memory. Furthermore the great philosopher pointed out, any Joe Schmoides could write any old guff down and the impressionable youth of Athens might swallow such conjecture hook, line, sinker and copy of Angling Times. The parallel with Wikipedia is striking here. The point is one of the most brilliant minds ever to grace humanity was able to give reasonable and almost compelling evidence of the dangers of something we hold as axiomatically beneficial today. Ironically without the written word, we would not have even heard of Socrates today as Plato, Xenephon and others would not have been able to preserve his thoughts for posterity.