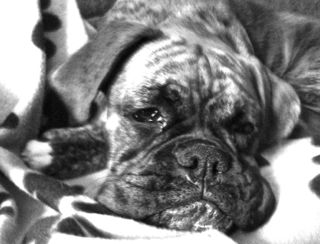 In a previous post about what a blog interested in ‘learning’ might choose to write about, apart from celebrating the joy and creativity of making meaning through learning, I suggested a few candidate fields or domains that needed to be drawn upon. From psychology, through cognitive science, pedagogy, sociology, cultural studies and politics, and ending up with an argument for the place of philosophy and ethics; philosophy that both informed and drew upon these subjects.

So I want to start this quest with Aristotle (385/384 – 322 BCE) because amongst the classical Greek philosophers that influenced Western thought he has worked his way through some really practical and searching arguments that still resonate today.  I am no way an expert Aristotelian scholar but have read much of The Nichomachean Ethics (NE), and The Politics, many commentaries on Aristotle and much of Alasdair MacIntyre’s work, so hopefully this post is based on some knowledgeable interpretation.

Thinking starts with wonder and puzzlement:

“Human beings began to do philosophy, even as they do now, because of wonder, at first because they wondered about the strange things right in front of them, and then later, advancing little by little, because they came to find greater things puzzling” (Aristotle Metaphysics. 982 bk12).

Finding ‘greater things puzzling’ is in part an expression of what motivates humans to continually learn; in seeking excellence in learning one is beginning to fulfill the purpose that defines a human life ‘well lived’.  A really key and relevant question Aristotle asked is: “how should we live?” An essential part of the mix in answering this question is to argue that learning is a meaning making activity that not only brings happiness and pleasure, but challenge, and such complexity is essential to our well-being both individually and socially.

Firstly though a brief background: for Aristotle questions of justice and ethics were practical studies: what ought I to do in these circumstances? How do good people react in the face of challenges? This practical focus partly explains a twentieth century revival of Aristotelian ethics in a world that appears to many as being detached from moral absolutes. Or, in a world that has grown so complex that once taken for granted rules seem difficult to apply in simple ways. Elizabeth Anscombe (1919 – 2001) in her 1958 work on Modern Moral Philosophy, Philippa Foot (1920-2010) and Alasdair MacIntyre (b1929, see After Virtue) are among some important philosophers that have helped to revive an interest in Aristotle and what are generally called virtue ethics. Contemporary philosophers such as Martha Nussbaum, Michael Sandel, and Amartya Sen (the Noble Prize winning economist) all owe something to Aristotle’s works.

Although there are many ‘branches’ of virtue ethics, at their heart lies the question of ‘what would a good person do given these circumstances?’ Although it seems rather ‘old-fashioned’ these days, Aristotle was interested in character, and the place of emotion and dispositions in determining questions of justice and ethics.

For Aristotle, everything in nature has some telos or final purpose. (Because Aristotle’s biological teleology was largely discredited by later philosophers, it probably meant that his ethics were also largely forgotten). For example, the purpose of a flute is to make beautiful music. Stones fall to the ground because they belong in the earth and are striving to return there. The final purpose, or distinctive and characteristically human activity (ergon) is to achieve the good life, or eudaimonia, through virtuous and rational activity. The Greek word eudaimonia is often translated as happiness, but it has more to do with well-being and flourishing. After all, many an evil person has been happy in destroying the well-being of others. For Plato, doing evil is more an ignorance of the Good, for if we had knowledge of the Ideal, the Forms, we could not help but act virtuously. Aristotle on the other hand, argued that we could well be aware of the right thing to do but choose not to. In addition, to become excellent at something and to “live and do well” as Aristotle would put it, can often require sacrifice, periods of delaying gratification, of changing one’s course in life.

Thus to achieve the eudaimon life requires the acquisition and practise of arête or virtues, moral and intellectual habits of excellence guided above all by reason. (Although Aristotle also argued that other factors such as health, friendship, wealth and good looks were also important to achieve a good life). The most prized faculties being phronesis, or practical wisdom, essentially being able to do the right thing in the right circumstances, and sophia, theoretical wisdom: for example, being able to learn from and apply thinking wisely and to enjoy a contemplative life.

We acquire virtues through habit, through doing, and training, especially through education and role models. A good leader for example requires the virtues of courage, temperance, prudence, justice, fortitude and wisdom, but has to struggle to embody and develop these virtues, not by going to a ‘school for leaders’, although one could do that, but by trying to be a good leader. One criticism of contemporary leadership is that we have learnt lots of technical skills, we can become good managers, but we have lost the ethical orientation to ask what purposes or excellences are supposedly served though our leadership (The examples of the MPs’ expenses scandal, or banker’s bonuses, academy chain heads and executives creaming off huge salaries might illustrate this point). For Aristotle, technical skills could not contribute to well-being if they were not accompanied by, and extended, ethical ways of life. Aristotle developed the “doctrine of the mean’ or Golden Mean to describe virtues. For example, courage is a mean between foolhardiness and cowardice.

However, going back to the notion of telos and ergon, the purposes and function, of a human being gives us some insight into how one might frame an argument about the meaningful life provide though a continuous and pleasurable pursuit of learning.  In the NE one of the arguments goes that the more we strive to realise our innate or learned capacity and potential, the greater the flourishing and well-being we achieve for ourselves. The more proficient we become, the more we wish to engage in complex activities. If there are activities we do equally well, then by and large one would choose the most complex and challenging.

For example, if I enjoy learning how to play chess I want to get ever more proficient at it, it’s no use getting beaten all the time or not appreciating the strategies of past masters.  A simpler game of draughts (chequers) played on the same board, would no longer captivate me as much.   I am trying to become a better painter, and having established some ground rules of colour, tone, perspective and form for example, I strive to push my own voice and creativity into the work and become increasingly absorbed in the activity.  One attempts to move beyond the tutorials in the basics.  The more I am able to do this the more it keeps me motivated through all the failures, and hence the more becoming proficient at such activity becomes a leading human good for me. One can apply a similar trajectory to whatever subject or skill you happen to gravitate toward. So pleasure, joy, meaning making, complexity and challenge are an essential part of learning, a process intregal to the good of a human life. In contemporary education debates one can begin to see from this argument where Ken Robinson derives the importance of young people finding their ‘element’.

Therefore, not only can we learn, we are motivated as human beings to find meaning and engagement in continually challenging ourselves to develop our talents or interests through learning. However, a further Aristotelian question would be to ask what purposes and what virtues does this activity of ‘learning’ honour? To tie this back from the learning of an individual to the issues of social justice and the general human good, Aristotle’s argument suggests that the virtues required are not only those that aim at excellence in acquiring a skill, knowledge or doing an activity well, but are virtuous because they are also essential to the development of human flourishing, eudaimonia, in general.  For example, an individual who seeks more than her fair share of various goods has the vice of greediness and a just individual is one who has learnt to have rational insight into her own skills in various situations and who habitually (and without having to make heroic efforts to control contrary impulses) takes no more than what she merits, no more than her fair share of good things.

In The Politics Aristotle extends this principle to asking who should get high offices in political society. In his view, the honour of office is more important than wealth, and the political society is aimed solely at promoting the good life; humans are political, or social, animals, so governing offices should be taken by those who display the most civic virtues.  The polis is the political form through which Aristotle believed that competing goods in the city could be harmoniously arranged.  The good city educates and honours civic virtues and thus requires such character in its leaders.   Now the virtues honoured by 4th C Athens are not those of contemporary Britain, but Aristotle allowed for the fact that institutions and societies change. So his principles have been widely extrapolated to contemporary issues of justice.

In subsequent posts I will write about three philosophers whose interpretations, or uses, of Aristotle interest me greatly both from the point of view of understanding the relationship between politics and learning, but also because they differ in their standpoints: Alasdair MacIntyre, Martha Nussbaum and John Rawls.

Photo courtesy of Molly the Boxer